A short review of Godus, iPad edition. It’s a modern update of Populus, one of my Super Nintendo favorites. You squish the earth around, let your idiotic worshippers build homes, and rain destruction on the blasphemous other tribe. It’s fun, especially to start, but then starts slowing down and running into some serious limitations.

To start, it’s easiest to describe the game as Populus, but newer. You have a bunch of followers who are generally kind of dumb. Your job, as their god, is to shape the earth to their needs so that they can be fruitful and multiply. In return, they worship you, creating belief (mana) which you can harvest. Belief is what powers your earth shaping ability, in addition to some other more potent abilities, like shooting meteors.

The interface is fairly intuitive, but there’s practically no help text. For example, there’s no way to find out which structures your followers are capable of building except by watching them build one. The only way to compare the stats between a grass hut and a beach hut is to find one of each and tap on details.

The controls are also wonky, but maybe fixable. Dragging terrain is too easy to do, but too hard to control. I found myself digging holes deeper when I was trying to fill them in. You can zoom in, but not out to any meaningful distance. Panning from one end to the other of even a modest empire is an exercise in tendinitis. Perhaps worst, you can rotate the screen, but panning will suddenly spin it back around to the default.

Although not technically required for most tasks, gems are necessary in order to upgrade various powers. They are essentially nonexistent in game. Please attach your wallet to the in app purchase money hose.

Certain operations take forever. Like almost literally forever. Mining ore takes 18 hours. Eighteen! The only good news is that time passes even when you’re not actively playing the game, but still I’m blocked. I got to the point last night where I needed ore for the first time and built some mines. Here I am the day after and I still can’t play the game, except perhaps to knock a random hill down or plant some trees. Of course, I could throw money at the game and buy gems to accelerate all this, but no fucking way. This is not how one builds a loyal game following. Nobody is going to see me sitting in a coffee shop playing this game for an hour. If my effective play time is going to be restricted to ten minutes per day, it’s going to become my new toilet exclusive game. For better or worse, the game seems to accommodate this style of play as you go. The giant mountain lodges store much more belief between collections, so it’s not necessary to check on them except only every few hours.

Sadly, the ever lengthening build times mechanic is a popular one among world builder games. There was a tie-in game for the Electric City which also took real time literally. That wasn’t too surprising; franchise tie-ins are designed to be profitable, not fun. But it’s very disappointing to see Godus follow this path especially given that Molyneux’s name alone would practically guarantee success.

There appears to be a rather annoying bug involving getting logged out. It’s not clear that you’re even logged in, since that’s never made explicit, but eventually you resume the game to discover a message that you’ve been disconnected and need to rejoin. Sometimes that works; sometimes it doesn’t. When it doesn’t, it’ll say something about authorization failure and the only option is try again. And again. It never succeeds, and the only option is to force quit and restart the game. Then it works. No progress is lost, but it’s a dumb bug to have. As I recently discovered during a power outage (with no wifi), the game is completely unplayable without network access. You’re not going to be playing this on a plane unless you cough up the $14.99 or whatever for in flight wifi.

There’s only one world (or another one after according to the wiki?), unlike Populus’s multitude. Even though Populus always started with the same map, one could skip it, or with a little experience, crush it entirely as a warmup exercise. No such quick exercise here. There’s no option to even start over. Resume from autosave is it.

Later, it’s become apparent there are a few “how did you miss this?” bugs. Path finding is occasionally atrocious, even accounting for idiot followers. They somehow manage to get lost and/or stuck in the middle of a wide open field. Once the second world opens up, the first world’s building types get mixed up and you wind up with beach huts on mountain tops. Not just a gameplay bug, but it destroys the visual aesthetic too.

Godus started life as a Kickstarter, then moved on to Steam Early Access. The iOS version, however, is advertised as complete. This is a problem because there’s a wiki for the game (necessary since in game docs are poor), but the wiki itself is incomplete and inaccurate and refers to many features both planned and cut for the PC version which don’t apply.

As a particular example of incompleteness, there is a rival tribe of Astari, although they don’t seem to do much. Once a day though, some of them will join your empire if your happiness level is greater. Great, now you’re stuck with them. They just sit around. You can build them houses, but they refuse to do any useful work or offer up belief. The end game involves conquering their tribe, but they are easily eradicated by dropping a swamp into their village, then launching a meteor to chase them out of their homes into the swamp. Plonk, plonk, plonk. The adversary is completely passive and never fights back; no challenge at all.

And then this happened. 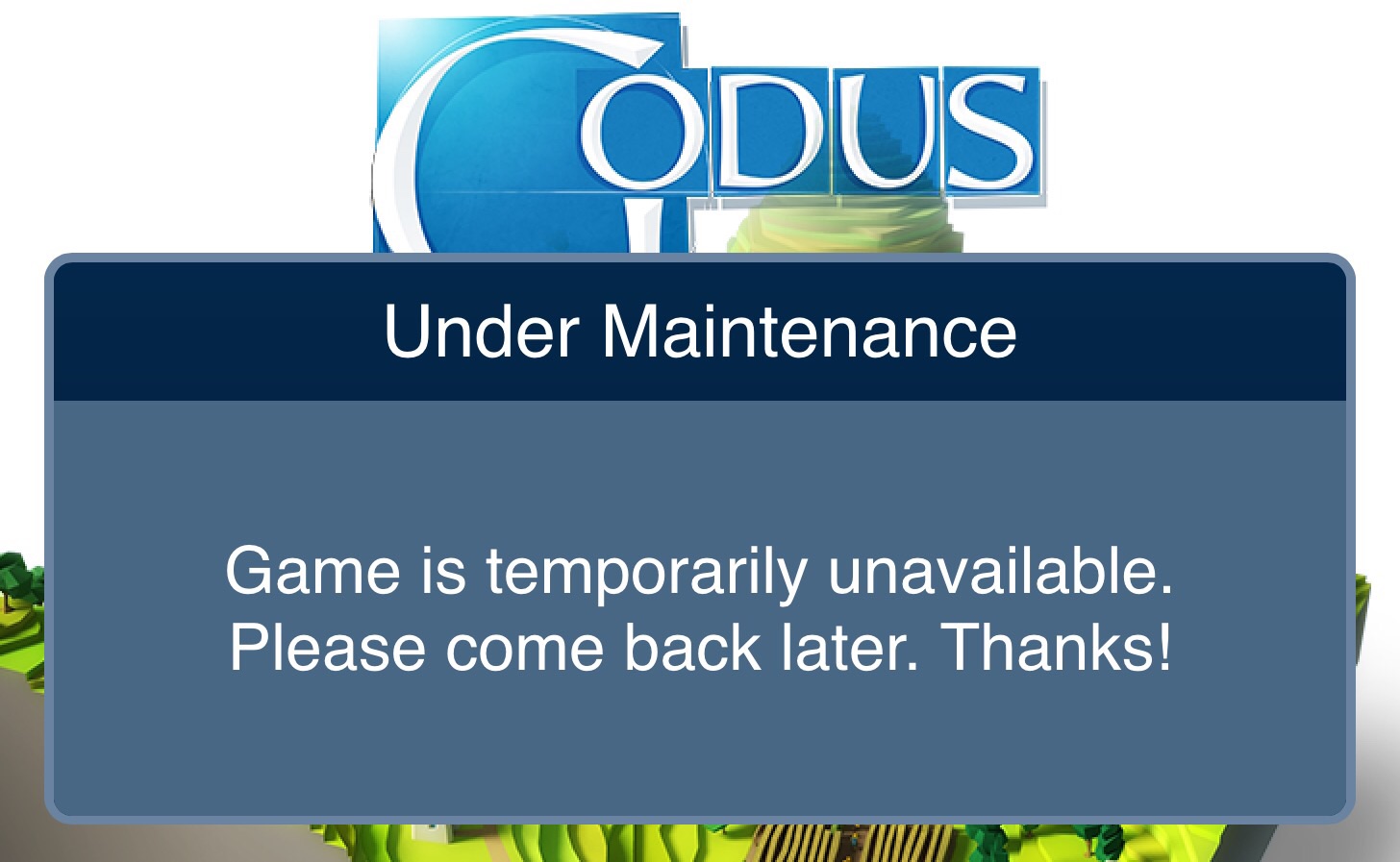 Guess I’ll be taking a break.