Memories are nothing but chemicals. At that level, there’s no difference between a real and a fake memory, so if we have the appropriate nanotech, we can write some code to create memories, virtual experiences indistinguishable from those taking place in reality. Such is the concept of OtherLife. The movie’s titular company plans to sell vacation memories, allowing users to experience a day’s worth of snowboarding in less than a minute of real time. Why not take a vacation every day before going to work, arriving fresh and relaxed?

So far we’re in Total Recall territory, but the twist here isn’t secret double agents on Mars. Just a tech startup that needs funding. One founder, our heroine, created the company to further develop the tech and perhaps revive her brother from a coma. The other founder, in order to secure some necessary bridge funding days before launch, is in some shady talks with the prison bureau to develop a line of virtual imprisonment. Very near term, contemporary science fiction. It’s actually set in 2017. Just some stealth mode startup you haven’t heard about yet.

From here we explore the nature and ethics of memories. Is subjecting someone to a year of virtual solitary confinement that elapses in one real minute more or less ethical than taking away a year of their actual life? How do we know what’s real? Shades of Inception here, but with much less boom boom gusto. Very Black Mirror, with a bit of a twist, but a touch less pessimism. We’ve seen this concept before, but this might be the most grounded, without trying too hard to impress.

stuck in a time loop

Of course I realize we’re stuck in a time loop. I’m not an idiot. Actually, a character on The Magicians says something similar, though with a bit more resignation, as he’s not powerful enough to change anything. The inevitability of the future, or the past, or whatever, is a recurring theme in time travel movies. Except when the theme is that things aren’t inevitable.

Werner Herzog reflects on the reveries of the connected world. There’s a lot of short sequences here, but not much tying it together.

The second season of Madam Secretary devotes several episodes to the hacking of the flight controls on Air Force One and the ensuing cyberwar. It’s fiction because nobody in real life is hot as Téa Leoni. Therefore it is totally unrelated to current events.

The trouble begins when AFO disappears over the Pacific. Madam must become Acting President for approximately forty minutes, just long enough to sign a pardon for a wrongfully imprisoned journalist before the episode ends.

Later, we learn that the plane was hacked by some very sophisticated malware. It penetrated three firewalls. Nevertheless, it gives up its secrets under the careful study of the president’s cyber czar, Oliver, who’s basically a black mudge.

The malware was indubitably created by Dash, who’s basically a blackhat mudge. He’s the worst kind of hacker, one who will work for anyone. Russia, China, Iran. Basically anybody as long they’re not a democracy. He gets paid in Bitcoin. The very worst.

Dash is tracked to somewhere unimportant and far away by Oliver, because Oliver is a badass. Seal Team 1776 is sent in to make the capture. Alas, the Russians got there first and gave him some of their polonium secret sauce. Now he looks like this. 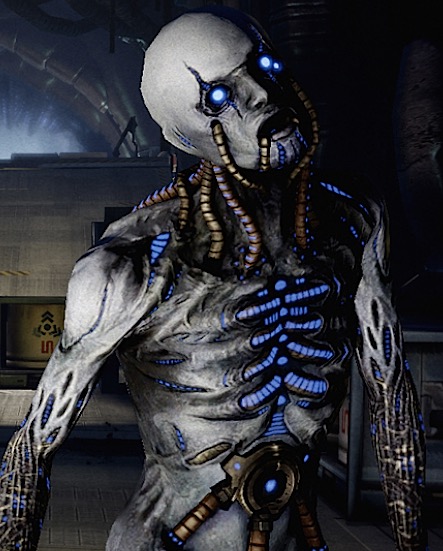 Bad luck. At least we know it was the Russians.

Oliver goes to work hardening all the country’s infrastructure. Basically apt-get update everything I guess. That mostly happens off screen but it’s all very smooth. So now the president orders a counter cyber strike (or is it a cyber counter strike?) and shuts down the Moscow power grid. That’ll teach ‘em to fuck with my ride.

The Russians retaliate by turning off an oil pipeline, as in literally turning great big wheels to seal the pipe. Decidedly non cyber. But why did they cyber terrorize the plane? Where did their mad hacking skills go?

False flag! It was really the Ukraine who hired Dash, to incite the US to attack Russia. Very sneaky.

I think the lesson to be learned is that if you’re going to hire mercenaries to go up against POTUS, Hessians are always the best choice.

The book was better. Watched the SyFy series The Magicians. A short review of the book series.

An amazing show. Sat down to watch one episode of Humans and watched the entire season in one six hour sitting.

In the future, the Internet becomes The Nether, a fully immersive virtual reality and the setting for a play by Jennifer Haley. The play alternates scenes between a real space interrogation room and flashbacks to events in the nether. A detective demands that the proprietor of a particular realm, one that specializes in adult-child relationships, reveal the location of the hosting server.

One of the perks of flying Lufthansa even when not traveling to Germany is their extensive catalog of German hacking movies. Well, maybe not extensive, but since there always seems to be a new one and the availability of these movies off plane is about nil, I consider it pretty extensive. Infinitely more than Netflix.

A while back I watched Who Am I? which has an English title to tell you it’s cool, but is otherwise German. It’s like a substantially better version of Blackhat, with maybe some Ocean’s Eleven style misdirection elements.

The hacking seemed realistic. No cringing. There is (as I best I can recall) a good mix of online hacking, and dumpster diving, and social engineering, and plain old sneaking about. The hackers are motivated by a combination of curiosity, respect of their peers, and embarrassment of political foes. Then it becomes slightly more serious. Nothing seemed too outrageous.

One unusual aspect was the meeting of assorted blackhats on a dark net forum was portrayed by masked figures riding a subway car. More exciting than reading chat transcripts on screen, and I think it made a meaningful distinction that this wasn’t some virtual reality that hackers were driving avatars through. Rather, it conveyed more of a mental attitude. Close enough for cinema, and much better than trying to make IRC look like a 3D video game.

More recently, I watched Boy 7 which is kind of about a hacker, but then drives more towards Manchurian Candidate style mind control conspiracy. I enjoyed it a little less, and it wasn’t particularly original, but passable.

Hoping I get another good one on my next flight...

As more or less direct competition for Netflix’s House of Cards, Amazon has Alpha House. It’s a comedy, but still manages to capture a lot of what’s wrong with modern politicking. Gary Trudeau’s involvement helps. It may even be a more accurate portrayal in some ways, because it’s not laser focused on power and corruption. The light hearted approach leaves room for some less diabolical absurdity.

There are some long running plot lines, but for the most part it’s much more episodic. Curiously it retains much of the TV format, including a title sequence introducing each character. It’s hard to imagine a viewer “tuning in” to the middle of the series and needing such an intro. All the episodes are available online; why would anyone not start with the first?

Amazon also had a one season run of a show called Betas which I thought was nearly as biting in its parody as Silicon Valley. Amazon may not yet be a first rate producer, but I’ve been impressed with the quality of what they’re turning out in tier two.